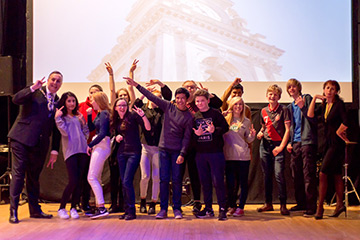 On Thursday 21st January the BTEC Acting group performed at the Guildhall in Portsmouth. It was all part of Portsmouth Guildhall’s 125th birthday.  In 2015 Strong Island ran the I WAS THERE! project, collecting memories from Portsmouth people of their favourite live music moments throughout Portsmouth Guildhall’s history. Following on from the memory collection part of the project and the film that was produced and recently screened at the Guildhall, FIVE SENSES was the final stage of the project.

Strong Island Media and Old Salt Theatre worked together with a group of young actors and performers from Admiral Lord Nelson School in Portsmouth to take many of these collected memories and bring them to life in a brand new stage performance.  This intimate performance bought to life many of the submitted memories that were collected for the I WAS THERE! project, with scenes taking inspiration from events that occurred on the very same stage. The I WAS THERE film was screened just before the performance.

The performance went very well and was enjoyed by the deputy mayor who supported the project.

As always our students did us proud! 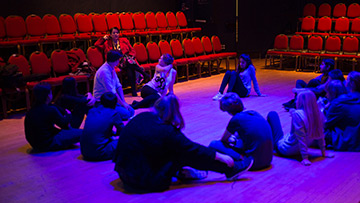 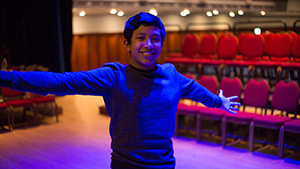