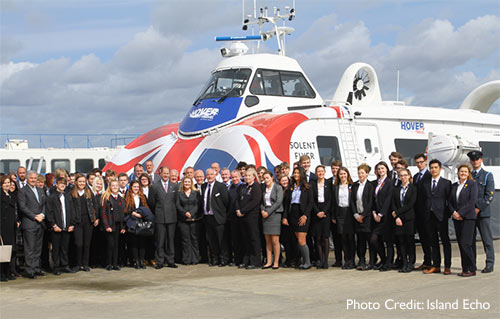 Four students from Year 10 accompanied HRH The Earl of Wessex on a visit to the Isle of Wight this morning, to see first-hand the difference The Duke of Edinburgh’s Award (DofE) makes to young people and communities.

Travelling via hovercraft to the Island with the Earl, Beth, Jay, Oakley and Simon were accompanied by Mrs Hardingham and Mr Payne.  On arrival, the group moved on to Ryde Arena, where they were treated to a display of ice skating, before the Earl of Wessex made a number of DofE presentations.

The Charity is celebrating its Diamond Anniversary this year, having helped to transform the lives of millions of young people in the UK and across the globe since it was founded in 1956.  ALNS has been offering the DofE award to year 10 students since 2013.