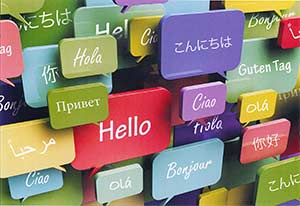 With a focus on being a global citizen, the “Languages at Work” PD day helped to open the eyes and broaden the horizons of our Year 8 students, so that they could understand that languages are able to open up an incredible amount of opportunities in our world. Our students showed their competitive side when placed in teams and faced with quizzes and questions about languages to test their global knowledge. In addition, students received presentations from both Airbus, a hugely successful and global aerospace company as well as languages lecturers and students from Portsmouth University to promote the importance of languages in the world of work. The day culminated with the students creating billboard posters and television adverts to endorse a job opportunity of their choice which involved the ability to speak languages. Prizes were awarded to the winning teams!