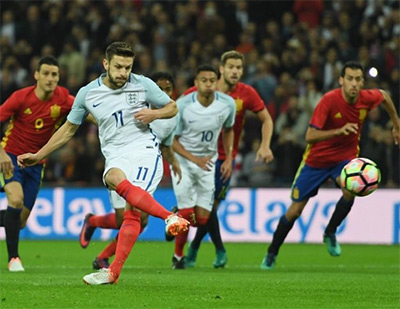 It proved to be a very entertaining evening for our year nine, tens and elevens at Wembley against former World Champions Spain. Despite the stellar opposition, it was, for 89 minutes at least, a very good night for England. The students got to see Adam Lallana riffle in a penalty and Jamie Vardy score an incredible diving header. Queue Mexican waves and chants of who are you as the party got started! It looked like an excellent way to conclude Gareth Southgate’s time in charge. Until Aspas had the nerve to bend that brilliant curling effort in to the top corner – and then Isco’s even later twist meant the game ended on a sour note, with the teams settling for a two all draw. However, that didn’t dampen the night for our students, who treated the Wembley crowd to a noise assault of “blue army” the whole way back to the coach. It would be more than fair to say they did Portsmouth and our school proud.