Home » News » The Challenge Clubs visit to the Magistrates Court 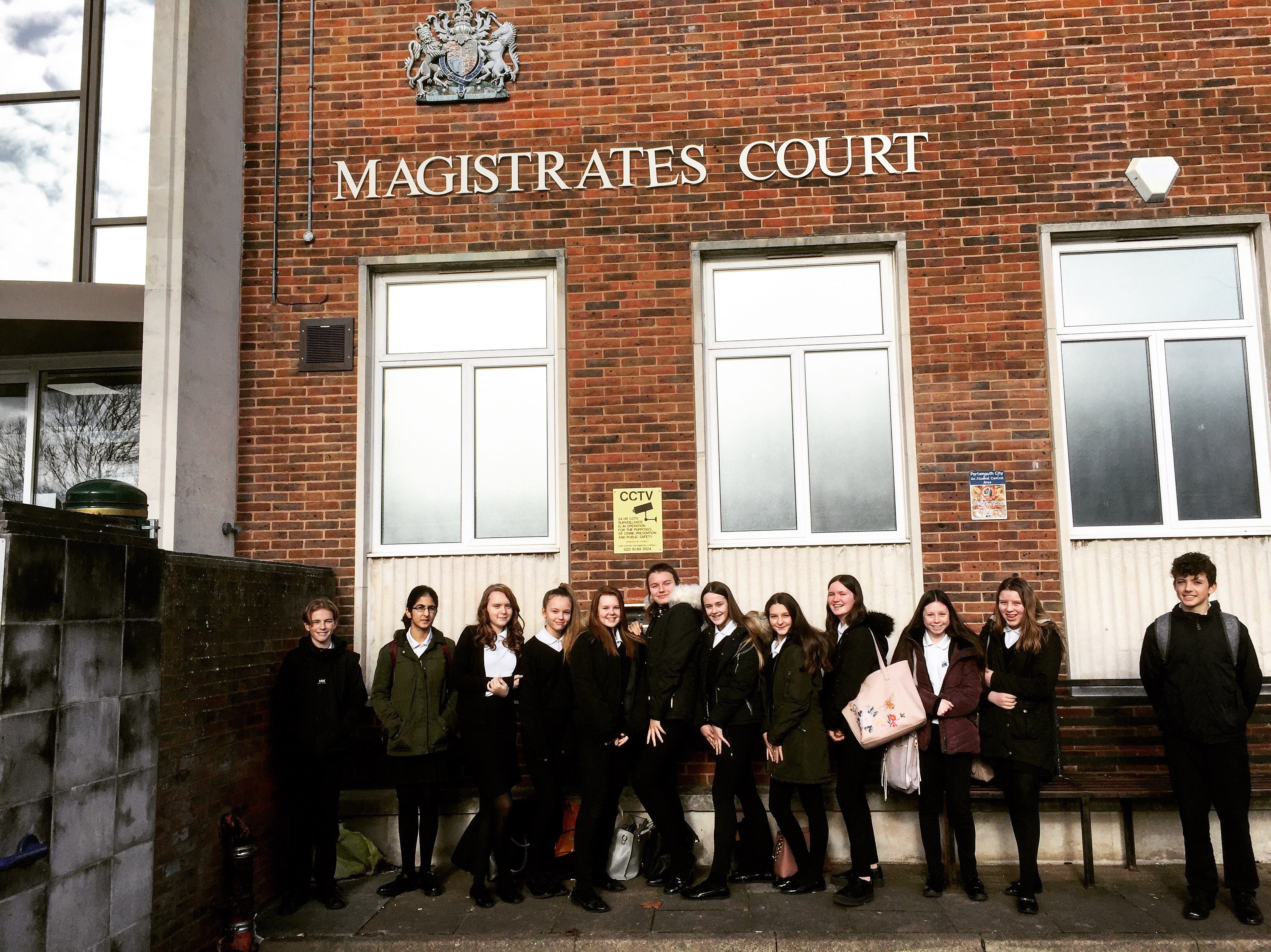 On Friday 2nd February 2018 a group of Challenge Club students in Year 9 visited the Portsmouth Magistrates Court as part of their preparation for a Mock Trial competition that we hope to be involved in in March.

We spent the morning with two magistrates who gave us a tour of the courts, explained the layout and the different roles in a courtroom such as the ‘bench’, the legal adviser and the court usher. W

e then spent time watching several live trials in two different courts. We witnessed prosecuting and defending solicitors in action, witnesses given their statements and even sentencing. By the end we all agreed that it had been a very eye-opening experience and came away feeling very informed about that aspect of the justice system in the UK.