On Friday 8th June schools up and down the country took part in UNICEFs Playground Challenge for Soccer Aid. As a Rights Respecting School we decided that we wanted to try and raise as much money as possible for UNICEF knowing that the UK government was going to match whatever we made so the whole school had a non-uniform day as well.

Out on the field the fabulous PE team built a really challenging ‘Playground Challenge’ for the whole of Year 8 to have a go at. The first half of Year 8 went out to tackle the course during Period One where they ran, kicked a ball, jumped over obstacles and scored goals. During this time our local MP Penny Mourdant came to watch our challenge and talk to the students. Period Two saw the other half of the year group come out and have a go, they ran the course a record number of times.

Lots of staff came out to watch and support the students even myself, Miss Lucas and Mrs Shepperson had a go in goal!

The event was filmed for ITV and the school featured on the news afterwards as part of our amazing week supporting Soccer Aid UK and UNICEF.

THANK YOU to everyone who joined in, our great Year 8s and the PE staff who ran the morning. 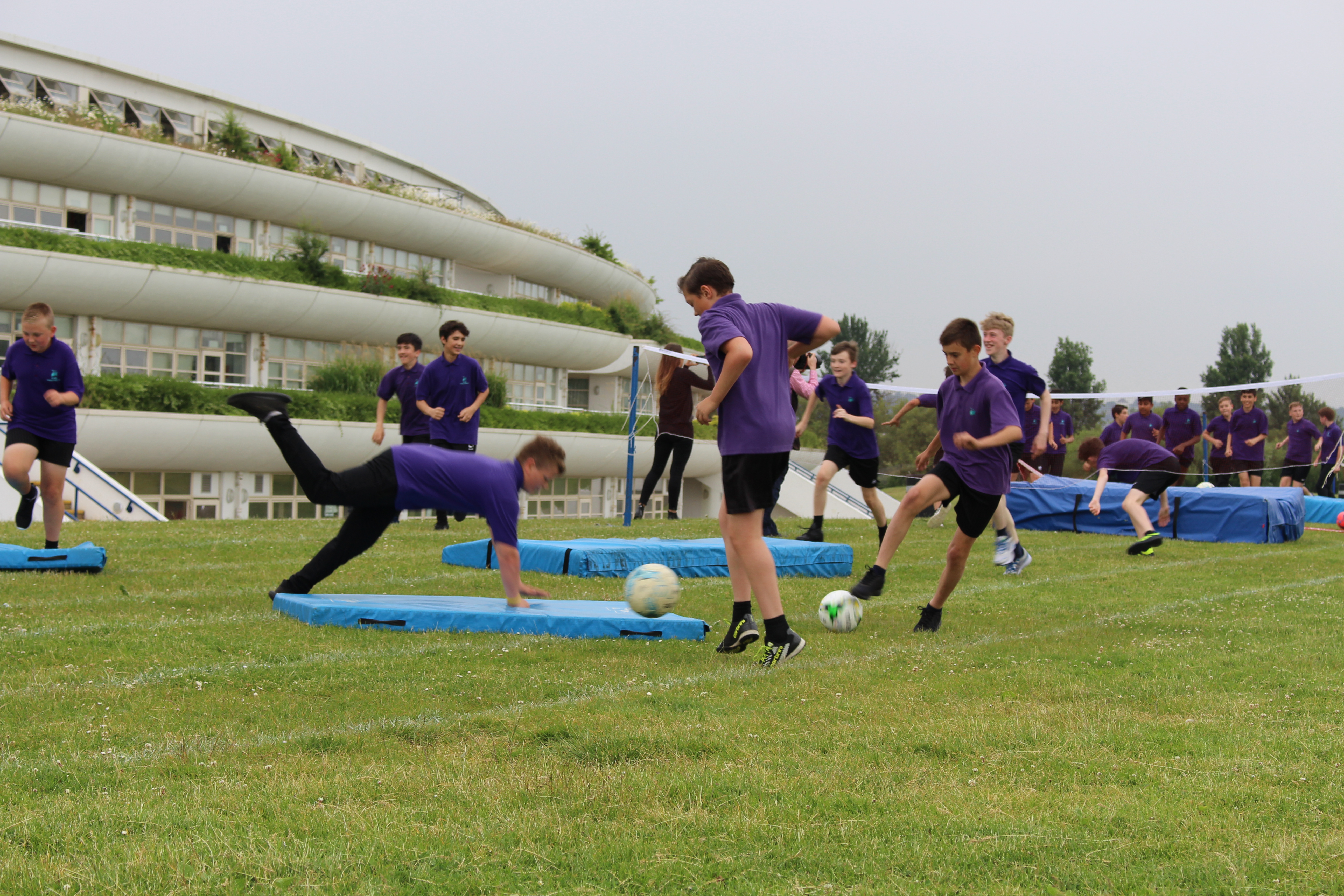 On Friday the 8th of June, Year 8 took part in the playground challenge where they carried, kicked or bounced a ball around an assault course which covered the whole of the school field. It was great fun and the aim was to run around the whole course as many times as we could.

This included obstacles such as: slalom polls, ladders, hurdles, tennis/badminton nets and PE mats. Four year eights had the incredible opportunity to meet the secretary of state Penny Mordant and discussed the work that Admiral Lord Nelson do for UNICEF.

The Government have decided, for Soccer Aid, to match every penny raised. While the year eights took part in the Playground Challenge the rest of the school raised an incredible amount of £700 meaning the government doubling this to raise £1400.

It was so much fun whilst raising money for a good cause. 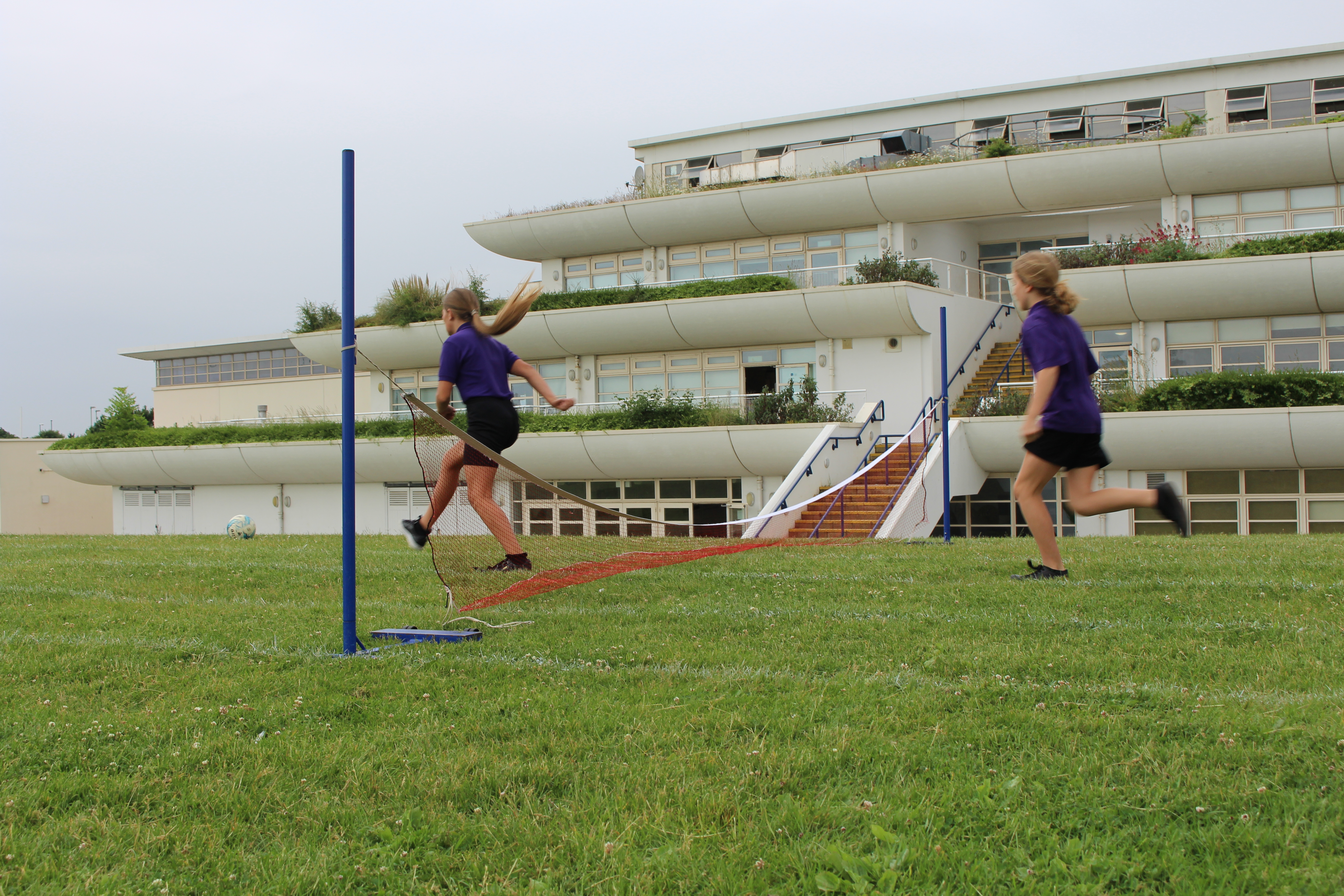 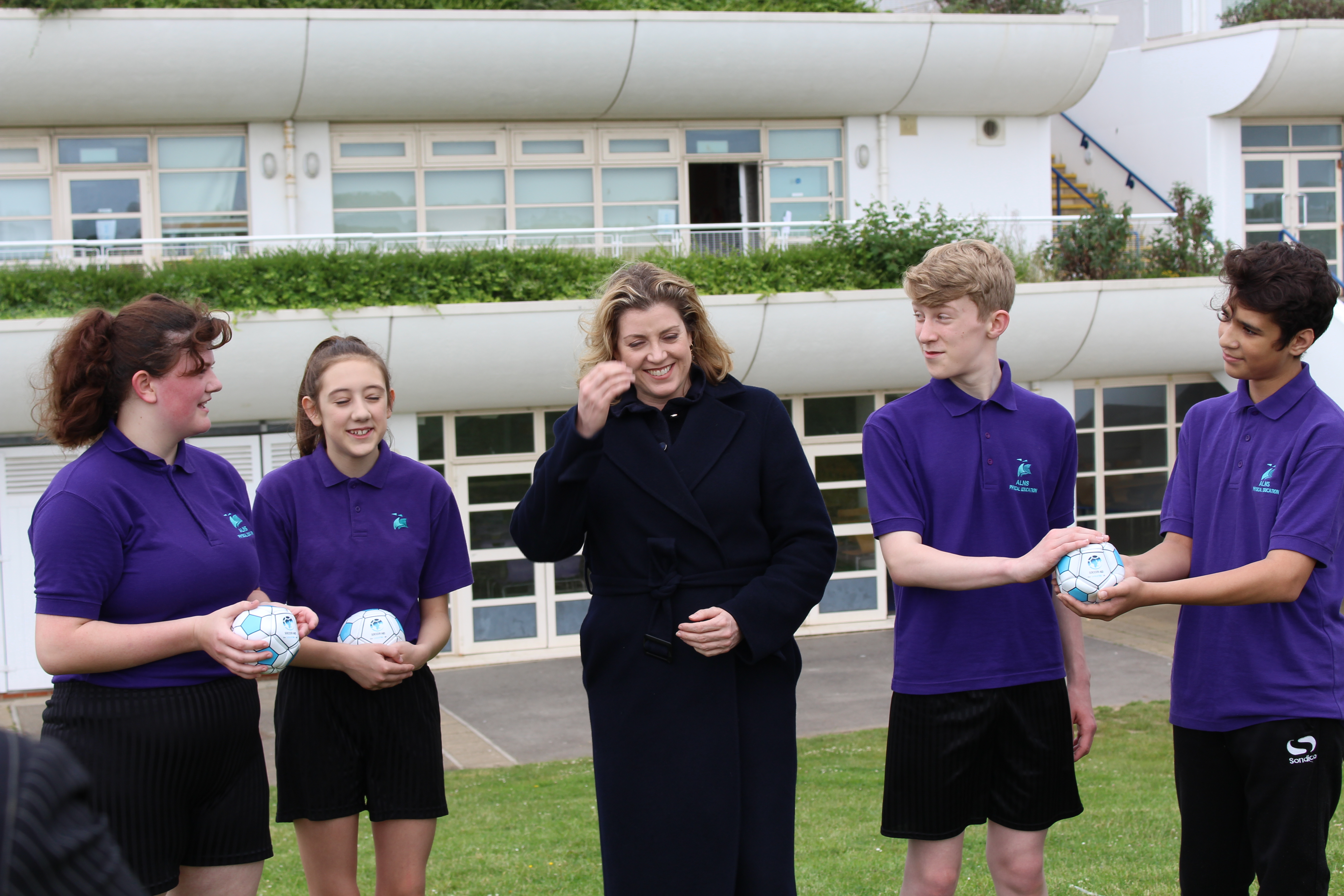