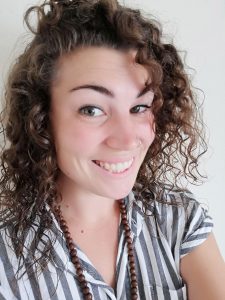 What have you done after your life at ALNS?

After leaving school in 2004 I attended college in Havant where I studied A levels, and despite the odds managed to get a place at the University of Winchester where I studied Psychology with Religious Studies. After I graduated in 2010 I worked predominantly with young people for around 6 years. I worked on projects with children from care backgrounds, done detached youth work, worked in children and adolescent mental health, and helped young people with substance misuse issues.

In 2016 I then had an amazing opportunity to join Hampshire Constabulary and trained to become a Police Officer, having been a volunteer for the police for about a year prior. I now work in Southampton as a response officer.

Beside work, I have travelled extensively in both the UK and further afield; was in a band and recorded an album; I play in an awesome ice hockey team; have loved, lost and still love; have run a marathon; have bought a house; and have a very cute dog called Pedro.

What has your biggest achievement been since leaving ALNS?

I guess focusing on doing things that I love and am passionate about, and despite knock backs and often being told ‘no’, believing in myself and achieving my goals. I have been very fortunate, but also I have worked hard, at one point having 4 jobs at one time. It proves that you can ‘dare to dream’ but you also have to work to make those dreams a reality.

What are your future plans/goals?

I want to see the world. I love my work, and am passionate about what I do, however I work to live not the other way around. There is a beautiful world out there, and my innate hippy is itching to buy a camper van and drive around its entire circumference.

What advice would you give to current students at ALNS?

Don’t listen to those who put limitations on you. You are the only one who puts limitations upon yourself. You are smarter than I am and will know more than I ever will, so use that incredible mind and soul for good. Love other people, and be kind. You never know when you may need those people to help you out.

Dream big, and work hard. But remember, life is for the living, not for staring at a screen or 4 walls. Meet lots of people, and be interested. You’ll learn more from other people than you will from a text book. Enjoy it, it’s a big adventure out there.