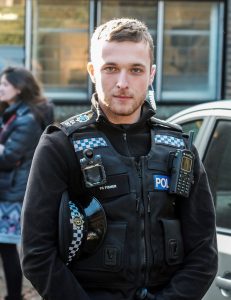 My name is Matt Fisher and I attended ALNS between 2006 & 2011. Whilst at ALNS I was very involved in the Drama department and upon leaving school took on a BTEC in Musical Theatre at Southdowns College before moving on to Chichester University to undertake a degree in Musical Theatre. Whilst at university I worked with Sussex Police as a Special Constable and discovered a passion for policing. I now work full time as a PC on a response team within Sussex responding to all manner of different crimes and incidents.

My biggest achievement since leaving was winning the award of being the ‘Best Young Performer on the South Coast 2014’ something which I will always regard as a high point.

My goal is to remain in the Police and climb the ranks whilst trying to make a difference to people’s lives.

If I were to give one bit of advice to current students it would be this. Work hard to achieve your grades, putting the ground work in now will set you in good stead for later life and opens up a whole new world of career and education options in the future.”