“There was evil in this world that I couldn’t begin to comprehend, and the dangers I was dealing with here were just as nasty. Snake-eyed figures from the worst possible nightmares, flame-haired maidens who claimed they were you from another dimension and . . .death. The fabric of time has been angered, tampered beyond mortal hands, and the fate of the universe has been deeply questioned. All because of two girls. Well, technically one. Ally and Alison Rivers, who both share the same life, have been thrown into chaos that cannot be undone in both of their dimensions. Only time can tell how far this wildfire will spread. And only one can stop it.” 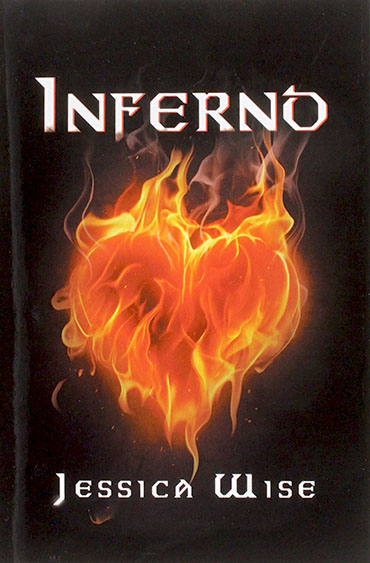 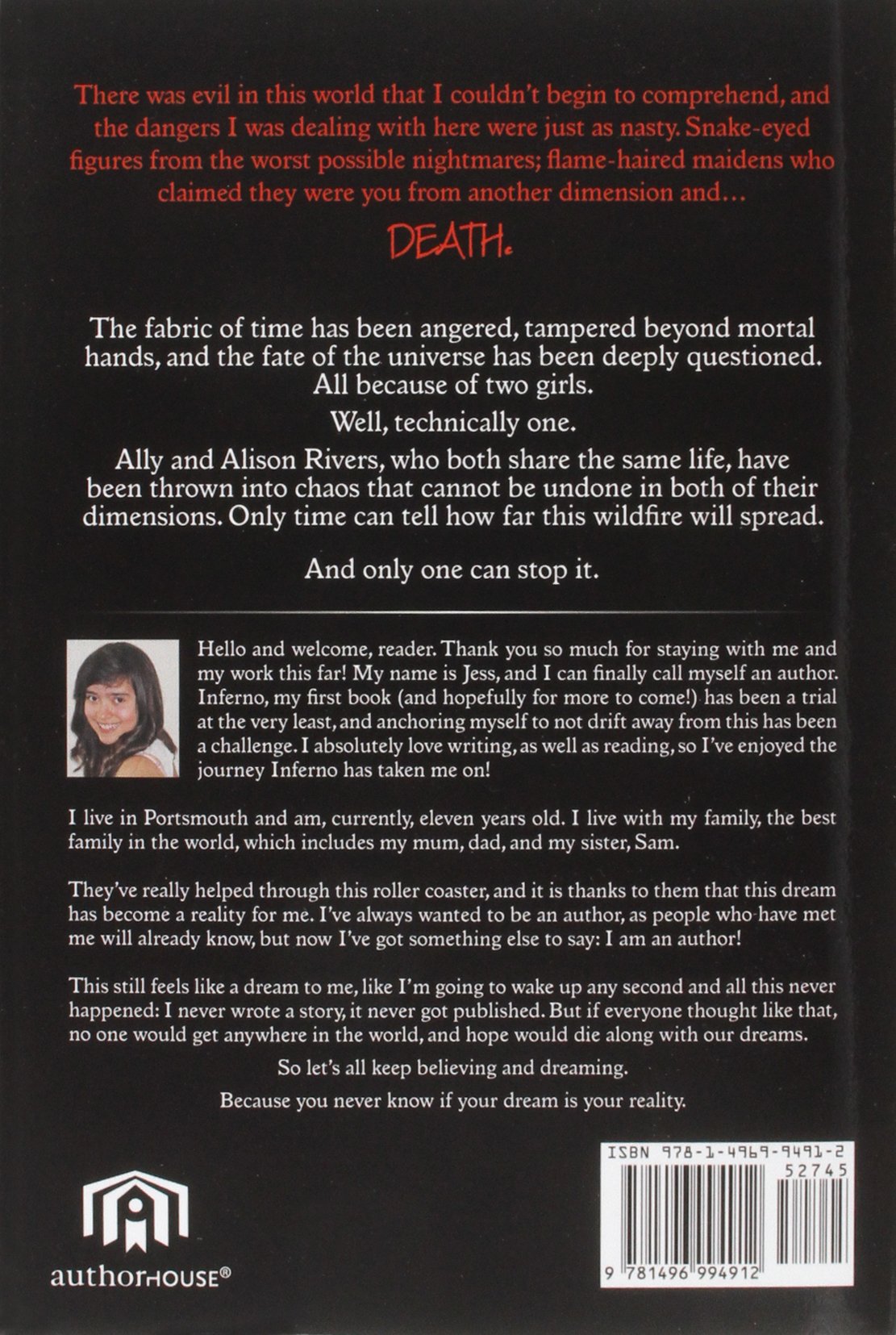 Jessica says:
“Inferno is a fantasy/dark romance novel about two girls who share the same mind – they are parallel versions of each other and live in different dimensions until a grand climax brings them both together.

When I was having trouble coming up with ideas for writing, someone gave me the idea for a lonely girl looking into a mirror. This, later, became the scene where Alison burst into flames after the inferno transported her. After about a year, I had finished writing Inferno and sent it off to the publishers to be monitored and read.

After Inferno had been released, I was interviewed for the local newspaper and had my picture taken with the book as well as with my family. After that, the publishing company phoned my parents to ask if I would write my press conference. I’ve just finished it recently and have sent it off to AuthorHouse for them to monitor.”

2. Also, if you’re planning to write a story, make sure you’re in the mood to. Your mood will affect your writing, and if you feel under pressure and rush, it will be noticeable through your writing. When I was writing Inferno, I only wrote when I felt in the mood and not preoccupied. I ended up doing ten drafts of one chapter because I didn’t like it – I could tell I wasn’t in the mood because the dialogue of that chapter was rather bland compared to other dialogues I’d written.

3. The most important part is you have to make sure you like how your story turns out. If you don’t like it, what are the chances other people will? This happened to me with my epilogue, just before I sent it to the publishers. It seemed too empty and meaningless to me and after about an hour I was satisfied. This happened to change the entire plot of the story, so I had to go back and rewrite a few pages to make it fit in easier and flow.